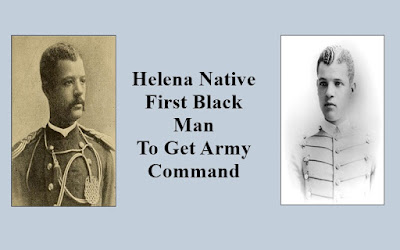 John Alexander was born on January 6, 1864, the son of James Milo Alexander and Fannie Miller Alexander, both of whom were born slaves. Supported and protected by prominent white families in Helena (Phillips County),  Alexander’s father prospered as a barber and dealer in toiletries, acquired property, and purchased his own freedom, as well as that of most of his family. Alexander’s parents were determined that their seven children would be educated. All seven graduated from high school, and three attended Oberlin College in Ohio.

In 1879, Alexander graduated from high school in Helena at the head of his class and, shortly thereafter, taught for a term in Carrollton, Mississippi, in the spring of 1880. In the fall of 1880, he traveled to Ohio to visit an uncle, Nicholas Alexander, a well-known citizen of Cincinnati. While working at an assortment of odd jobs, he enrolled in Oberlin College in 1881, and at the end of his second year in college, he successfully passed the examination for admission to West Point. He received an appointment to the academy by Democratic Congressman George W. Geddes of Ohio in 1883.

During his four years at West Point, Alexander was popular with the corps and escaped some of the mistreatment experienced by previous black cadets. A strikingly handsome young man and a skilled boxer, he was an apt student who excelled in languages and mathematics. By the time of his graduation in 1887, he ranked thirty-second in a class that had decreased in size from 122 to sixty-four members. An academy official described Alexander as a “splendid scholar” who had achieved an enviable record.

On September 30, 1887, Second Lieutenant Alexander reported to Fort Robinson, Nebraska, for duty with the Ninth Cavalry, the famous Buffalo Soldiers. The Ninth Cavalry was an all-black regiment commanded by white officers. Alexander was the sole black officer in a command position.

Transferred to Fort Washakie, Wyoming, in 1888, he had duties including garrison duties, fighting fires, escorting prisoners from place to place, making a seventeen-day march across mountainous terrain to Fort Du Chesne in Utah, supervising the building of a post sawmill and telegraph line, and serving in court martial proceedings. On February 12, 1894, Alexander was detailed to Wilberforce University, an African-American school in Ohio, as professor of military science and tactics. On March 26, 1894, he was stricken suddenly and died immediately from what was diagnosed as the “rupture of a large artery near the heart.” He was buried in Xenia, Ohio, near Wilberforce University with military honors.

The Department of War, citing Alexander as a “a man of ability, attainments, and energy,” honored him by giving a military installation at Newport News, Virginia, the name of Camp Alexander in 1918.

Click here for link to historic record of Camp Alexander.
Posted by Earl Young at 11:57 PM