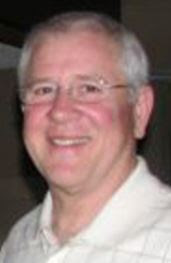 The Arkansas Air National Guard faces many challenges, its new commander said at a change-of-command ceremony Aug. 6 at the base's conference center here.

Brig. Gen. Riley Porter, a West Helena businessman with more than 32 years of service in the Air National Guard and 5,700 flying hours in various military aircraft, said budgets are shrinking, missions are increasing and equipment and airframes continues to age.

"With all the challenges facing our military today, it could be difficult not to be overcome by the burdens we currently face," General Porter said in a speech at the ceremony. "Obviously we are at war. Our budgets continue to decrease. Our equipment and aircraft continue to age. Recruiting and retention become more difficult as we continue to ask more from our people, their families and their employers. The world around us continues to change constantly and more rapidly as we struggle to stay abreast."

He said it could be easy for today's service members to "be overcome by these burdens."
"I remain steadfast in my optimism due to the wealth of talent and dedicated people that I am being allowed to continue to serve along side," the general said.

Airmen in the Air National Guard have seen a surge in deployments since the terrorist attacks of Sept. 11, 2001.

Besides federal mobilizations to support the nation's war on terror, Guardsmen have the added responsibility of responding to state emergencies, such as Hurricane Katrina and Operation Jump Start, the federal mission that assigns Guardsmen to assist the U.S. Border Patrol.

Since 2002 the general has seen his share of deployments, deploying three times in support of the global war on terrorism.