The Adams, along with numerous other river packets, made Helena a regular stop on trips up and down the Mississippi River.  Below is an example of Helena residents using the passage. 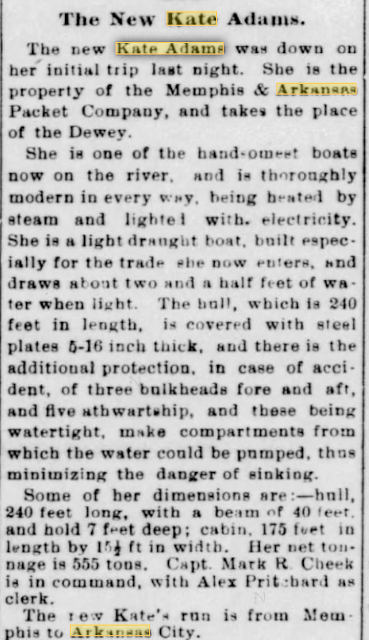