HELENA AND IT'S
CONNECTION TO THE MURDERING
SPANISH EXPLORER HERNANDO DESOTO 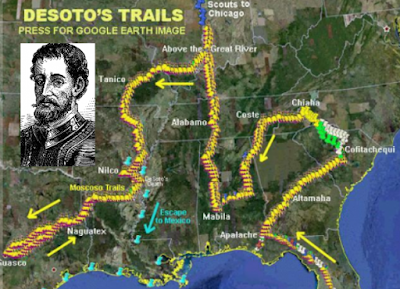 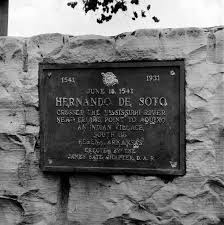 In Helena there are a multitude of historical and tourist markers. Moments include a plaque to Hernando De Soto. The plaque reads, "1541-1931. June 18, 1541. Hernando de Soto crossed the Mississippi River near [Friar's] Point to Aquixo an Indian Village south of Helena, Arkansas erected by the James Bate Chapter of D.A.R."  That means he stepped onto the western bank of the river in the area between Wabash and Modoc which 300 years later would become Phillips County.
Posted by Earl Young at 3:31 PM